During World War II the Japa­nese held more than 140,000 Allied troops as prisoners of war. Many of these Allied prisoners became forced slave laborers for Japa­nese companies, working long hours under dangerous and extreme condi­tions. For these ex-POWs there has been little support from their governments in winning compensation for their suffering. Because of years of ne­glect, ex-POWs are now seeking com­pensation —still without support from their governments.

In March of this year, an article in the Washington Post reported that last September 500 survivors of the infamous 1942 Bataan Death March suffered by Ameri­can and Filipino prisoners of war filed a joint suit against five Japanese companies for slave labor. The article added that on Pearl Harbor Day, Dec. 7,1999, the flam­boyant New York attorney Edward D. Fagan, (known for his $5.2 billion settle­ment with German companies that cooperated with the Nazis and a $1.25 billion settlement with Swiss banks for hiding the assets of Holocaust victims) filed a class action lawsuit against Japanese in­dustrial giants Mitsui, Mitsubishi Corp. and Nippon Steel Corp. 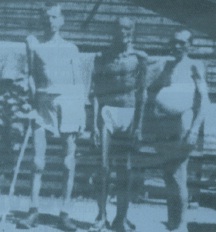 On Feb. 16, 2000, The Daily Yomiuri reported that many of Australia’s 3,000 sur­viving prisoners of war will join a class action lawsuit against Japanese mining, construction and manufacturing compa­nies, and banks that profited from slave labor during the construction of the infamous Burma Railway during World War II. Companies targeted by this action in­clude Mitsubishi Corp., Kawasaki Heavy Industries Ltd., Nippon Steel Corp., Slum a Denko K.K. and Mitsui & Co.

With Germany’s recent payment of compensa­tion to victims, the focus is now on Japan. But what were the actual working and living condi­tions of POWs of the Japanese during World War II and do they warrant reparation? Father Hildebrand Yaiser, a Benedictine monk who spent more than 50 years in Japan, was asked by the Swiss Ambassador early in 1942 to be his representative for war prisoners and internees in Japan. Although there were a large number of camps, he was allowed to visit only a few, being told by the Japanese military that they had no obligation to show him any, and that he was being shown cer­tain camps as a favor.

Let’s hope the camps Father Hildebrand Yaiser visited were not selected because of their supe­rior conditions. In his autobiography, he wrote about what he saw: “At Yokohama, the poor soldiers had to sleep on wooden planks covered with straw. I he mom was completely dark. All windows had been nailed shut with boards, and the men especially complained about the darkness. They were emaciated, dirty and neglected.” 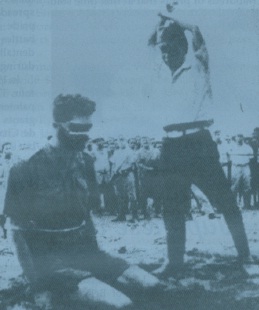 He also writes of speaking to a British briga­dier, commander at another camp: “He told me his men were dying en masse, like flies. The imprisoned military doctor was about ready to beg me on his knees to bring him some medicine.” Working and living conditions are also presented in reports dated July 31,1946, titled “Prisoner of war camps in Japan and Japanese-controlled areas as taken from reports of interned American prisoners,” compiled by the American Prisoner of War Information Bureau. In these reports the internees tell the horrors of their experi­ence. A report from Fukuoka POW camp No. 11 de­scribes the danger of the coal mines, work that many prisoners were forced to do: “Cave-ins were common and deaths were caused by these sloppages. The prison­ers were constantly aware of this danger, and their ner­vous anxiety was a greater menace to their health than the actual work, according to the camp surgeon.”

A report from Hakodate branch camp #2 at Utashinia on Hokkaido states: “This project was digging coal in an old mine which had about ‘worn out.’ No attempt was made to replace rotting mine props or overhead beams and, while no reports are made of fatal acci­dents, many of the prisoners were badly hurt by falling rocks and cave-ins.” Prisoners were forced to work even when sick. A report concerning a camp at Tsuruga gives evidence: “Prisoners pronounced to be too sick to work by the prisoner camp surgeon were beaten be­cause they could not stand up to the work program.”

Brutality also existed in the camps. “Two guards— indicated only by nicknames as ‘Gorilla’ and ‘Black­jack,” along with the medical assistant—were extremely cruel in their beatings of the prisoners, and, in most cases, the prisoners themselves did not know the reasons. The beatings of the prisoners, frequently into in­sensibility, were administered for the slightest cause, generally unknown to the offender, and were so cruel and damaging as to require hospitalization.” This testi­mony comes from Fukuoka Camp No. 10 at Futase on Kyushu. Malnutrition was the cause of many deaths of POWs. From Fukuoka camp No. 17, the report states that although the men were forced to work long and laborious hours in coal mines and zinc smelters, the American camp doctor stated that the “food ration was insufficient to support life for a bed-ridden patient. All of the prisoners were skeletons having lost in weight an average of around 60 pounds per man.”

Medical care was often denied to prisoners. At Fukuoka Camp No. 1, medical officer Hata was de­scribed as incompetent, inconsiderate and brutal. Here are the words of one prisoner: “I would like to empha­size strongly that the Japanese doctors in this camp are not worthy of any consideration whatsoever, that they were very neglectful in their duties and at times re­fused to supply medicine to the American officers who were dying of pneumonia and whose lives could have been otherwise saved.” At this camp, under the com­mand of Commandant Yuichi Sakamoto, and with 1st Lt. Medical Officer Hata, 193 American prisoners were interned from Jan. 30 to Apr. 25, 1945. In this three-month period, 53 men (28% of those interned) died.

In these reports preprared by the War Information Bureau, it should be noted that in some camps the prisoners were treated in a fairly considerate and hu­mane manner. Sadly, these are the exceptions. For the vast majority of POW camps, the reports are painfully all too similar. Beatings, along with lack of sleep, inad­equate food and medical care resulted in the deaths of large nmber of prisoners. Over all, the death rates of POWs under Japanese control were atrociously high. Gavan Daws, in his book Prisoners of the Japanese, details the disturbingly high death rates of prisoners held by the Japanese. The American death rate was 34 percent, the Australian death rate 33 percent and the British 32 percent. In comparison, American POWs of the Germans had a death rate of 4 percent. 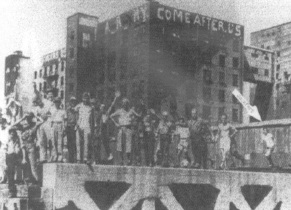 Sadly, the suffering did not end with the finish of the war. Many POWs suffered from post-traumatic shock syndrome, a condition not recognized as a medi­cal problem until after the Vietnam War. Gavan Daws writes in Prisoners of the Japanese: “In the first ten years after the war, while most of them (POW survivors) were still young, only H moving out of their late 20s into their 30s, their death rate was higher by far than that of civilians of their age, and considerably higher than that for war veterans who had not been prisoners. By age 40, proportion­ally far more of them were dead.”

Justice? Have allied POWs of the Japa­nese been fairly compensated for the suffer­ing they endured while working for Japa­nese companies as forced laborers? Were the families of those who did not survive captivity fairly compensated? According to the Japanese companies and the Japanese, American and British governments—and still supported by the Clinton and Blair adminis­trations—the answer is “Yes.” Their posi­tion is that all reparation claims against Ja­pan were waived under the San Francisco Treaty nego­tiated between Japan and 48 nations and signed in San Francisco on Sept. 8,1951. Lawyers for the POWs, mean­while, argue the treaty only covered state-to-state claims and does not affect claims by individuals against Japa­nese corporations.

A closer look at The San Francisco Treaty shows that there are no direct references to individual reparations. Article 14 of the peace treaty indicates that the focus was on areas occupied by the Japanese, not on the Allied troops sent in to clean things up: “Japan will promptly enter into negotiations with Allied Powers so desiring, whose present territories were occupied by Japanese forces and damaged by Japan.” Why was the issue of compensation to Allied POWs overlooked in the San Francisco Treaty? A look at what was happen­ing in the world at that time may give indications.

By the autumn of 1948 it was clear the Communists were winning in China. There was a growing division between the forces of free enterprise led by the United States and the forces of Communism lead by the So­viet Union. Japan, because of her once-considerable industrial power, was viewed as an important factor in this worldwide contest. On June 25,1950, the Com­munist regime of North Korea invaded South Korea. The United States became heavily involved militarily in the Korean War and would need military bases in Japan to support the war just across the waters. The geo-politics of the cold war had become a factor in peace negotiations between Japan and the U. S. It is no accident that on the same day as the signing of the peace treaty, a bilateral security pact between the America and Japan was signed. Although Article 6 of the peace treaty states, “All Occupation forces of the Allied Powers shall be withdrawn from Japan as soon as possible after the coming into force of the present Treaty, and in any case not later than 90 days thereaf­ter,” the security pact provided for the continuation of American bases and forces in Japan.

To make the bilateral security treaty negotiations go smoothly in order to guarantee American bases in Japan, it is possible that the potentially embarrassing and unwelcome issues of crimes against humanity were ignored. The suffering experienced in the camps is made more acute by what many ex-POWs and civilian internees of the Japanese feel has been ne­glect—and even abandonment by their own govern­ments—in seeking justice and compensation. Their numbers dwindling with each passing season, they have taken matters into their own hands. For those still alive, Germany’s recent settlement and the re­cruiting of attorney Edward D. Fagan to their cause, ex-POWs of the Japanese have renewed hope that justice, to some degree, will finally be achieved for them, and for those still remembered.